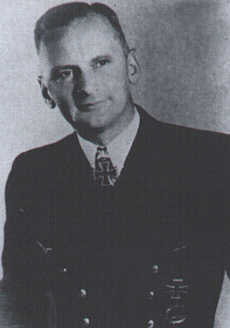 Hans-Gerold Hauber joined the Reichsmarine in III/34. He served as a Watch Officer (WO) in the 14th Minesweeping Flotilla from Sep 1940 top Jan 1941. He was a training officer with the Naval Training Inspectorate from Apr to Nov 1941 (Busch & Röll, 1999). 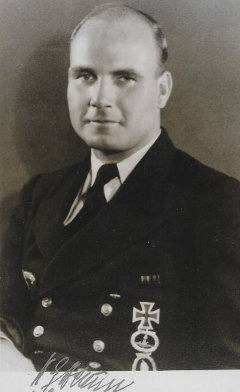 Oblt. Hans-Gerold Hauber then took command of the boat at Lorient in July 1944 (Busch & Röll, 1999). Hauber took the boat out from Lorient on 1 Aug to a long patrol to the African west coast. They went as far south as Liberia and Sierra Leone. The boat was attacked several times during the patrol and returned with minor damages to Norway on 30 Nov and then finally at Flensburg, Germany on 4 Dec 1944 after 126 days at sea (Busch & Röll, 1997).