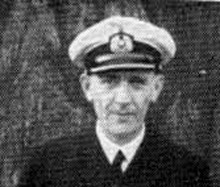 When it entered the war, the United States was neither aware nor prepared for the amount of prisoners it would be required to care for within its boundaries.


In August 1942 the British Government, already at war for three years, was being pressed for space concerning POWs in England and Canada (Britainĺs POW population never exceeded 175,000 ş less than half of what the U.S. would hold). After months of requests by Britain the United States reluctantly agreed to accept an emergency group of 50,000 POWs.

With this acceptance, along with the campaign against General Rommel in North Africa which began in November of 1942, the United States POW population steadily increased throughout the war. It reached its peak between August and November 1944 when over 110,000 German POWs entered the United States.

At its height in May and June of 1945 the German POW population alone in the United States was over 371,000 with a total Axis prisoner count of over 425,000. (POW census) (see page on US POW statistics)

POW's enter the United States
After capture, processing and transport all prisoners entered the United States at two points of embarkation, Camp Shanks, New York or Norfolk, Virginia. From these points, prisoners were processed then distributed to one of the main camps, which numbered over 150 by wars end, or smaller branch camps. The total of United States camps, which eventually numbered over 640, were located primarily in the South and Southwest, far from the critical war industries of the Midwest and the Eastern seaboard.

POW camps were, for the most part, segregated by branch of service, rank or political affiliation (identified "hard core" Nazis were held separate from general populations). For example, Camp Clinton, Mississippi was one of a few camps that held the nearly 40 Generals and three Admirals during the war. In camps with both officers and enlisted men, prisoners were segregated into separate commands. Other camps held the elite Afrika Korps, Army, Luftwaffe, or Naval personnel.

U-boat men in captivity
Due to the nature of the warfare, the number of U-boat personnel represented a very small percentage of the POW population. United States forces captured 558 survivors from 33 U-boats sunk during the period 1942-1944. A majority of these men were held in a camp at Papago Park, Arizona.

Nazi prisoners of war in America by Arnold Krammer