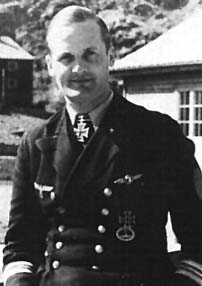 
(LI is an engineering officer, not U-boat commander)

Gerd Suhren joined the Reichsmarine in April 1933. Since April 1937 he served in the U-boat force and got a solid pre-war training. In September 1939 he was LI on U-37 and in the next year he rode 8 patrols on this boat. He was the first engineering officer who the Knights Cross.

Gerd Suhren left U-37 in October 1940 and became a training officer in the 25th flotilla. Later he served in several staff positions.

In September 1944 he became once more the LI on the new commissioned type XXI boat under the command of Adi Schnee. He therefore took part in the remarkable patrol, that U-2511 rode in May 1945.

After the war Gerd Suhren served for more than 2 years in mine sweeping duty. 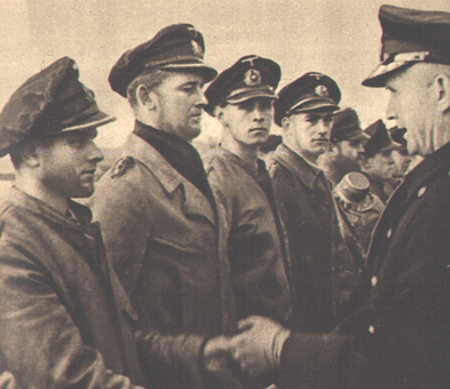 Oblt. (Ing.) Gerd Suhren receiving the EK I from the BdU Konteradmiral Dönitz in February 1940. (On his left is the I WO of U-37 Oblt. z. See Nico Clausen)