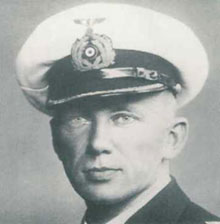 Schultheß was taken as a prisoner of war after U 23 was sunk on July 23, 1915. He was interned in Switzerland from December 1916 to August 1918, when he was released and returned to active service. Promoted to Kapitänleutnant on August 28, 1918 with seniority date of November 16, 1915, the date he would have achieved that rank had he not been captured.