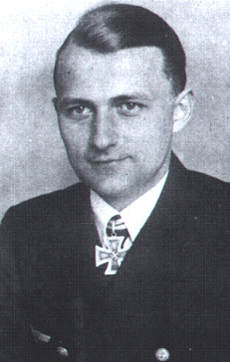 Gerd Schreiber survived the loss of his boat, U-95, along with 11 of his men, in the Mediterranean on 28 Nov 1941 (Niestlé, 1998). They were rescued by their attacker, the Dutch submarine O-21, and sent to POW camps. Schreiber was initially held on Gibraltar, where he managed to escape his British captors together with Hans Ey of U-433. They intended to flee to Spain and then Germany, but were recaptured shortly after escaping and sent to London (Blair, 1996).