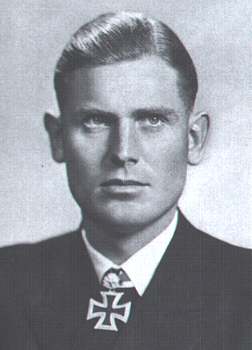 
Paul Brasack spent the first years of his service career, like Reinhard Hardegen, in the Luftwaffe. In March 1942 he joined the Kriegsmarine, where he completed a six month U-boat officer training course.

After one patrol in U-590 as watch officer, he took over command of U-737 in February 1943. His eight combat patrols in U-737 all took place in northern waters, where he attacked several northern-route convoys, but without sinking anything. In November 1944 Kptlt. Brasack left active service to become a training officer in the 25th (Training) Flotilla. After the German surrender in May 1945 he spent over two years in Allied captivity.

In 1957 he joined the west German Bundesmarine. Among other positions, he was commander of the destroyer Z-2 and for more than three years Federal German naval attache in the USA. He retired in 1974 as Kapitän zur See.