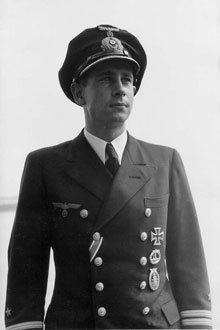 Wilhelm Dommes began his naval career in January 1933 after serving in the merchant navy. The first years he spent mainly on the light cruiser Nürnberg and on the battle-cruiser Scharnhorst. In April 1940 he transferred to the U-boat force where he successfully fought with his U-431 in the Mediterranean.