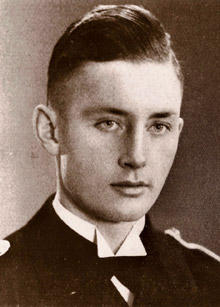 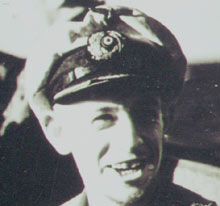 Adolf Graef joined the Kriegsmarine in 1936, and was part of the Olympia Crew. After serving in minesweepers, he commissioned U-664, commanding her until she was sunk in August 1943. He remained in Allied captivity until May 1946.

The young U-boat commander Adolf Graef did what many others could not at that point in the war; both survive over 160 days at sea and sink enemy shipping as well. 187 U-boats were lost during the time Graef was at sea, and his boat was the last of that number. Hard times had befallen the U-boats by 1943.