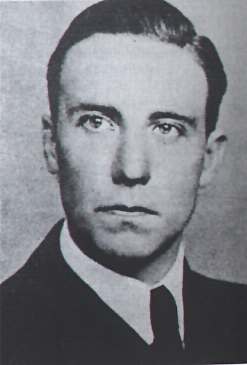 Sunk by a toilet?
Many sources state that U-120 was "sunk by a toilet" (probably a very bad way to go! :). However, the story should rightly be attributed to U-1206, one of the late model boats fitted with a new high-pressure toilet allowing the toilet to be used at greater depths than before (though in reality the culprit was not actually the toilet itself).

On 14 April 1945, the boat was quietly cruising at a depth of 200ft only 8-10 miles off Peterhead, Scotland, when the commander, Kptlt. Schlitt, decided to use the toilet without consulting a rating trained in its operation (the procedure was complicated). Something went wrong, and when the specialist arrived he misunderstood the situation and opened the wrong valve, which resulted in large quantities of seawater entering the boat. The water reached the batteries directly under the toilet, causing the production of chlorine gas, and the boat was forced to surface immediately; unfortunately right underneath an enemy aircraft. The crew managed to clear the gas by blowing clean air into the boat, but were at the same time bombed by the aircraft, causing extensive damage which left U-1206 unable to dive. Considering the hopeless situation, Schlitt had no choice but to destroy the secret material and order Abandon Ship to save his crew. (Brennecke, J. (2001). Jäger und Gejagte)

This boat was fitted with a Schnorchel underwater-breathing apparatus and sailed equipped with it in April 1945 but it was of course installed prior to that date.

Unlike many other U-boats, which during their service lost men due to accidents and various other causes, U-1206 did not suffer any casualties (we know of) until the time of her loss.