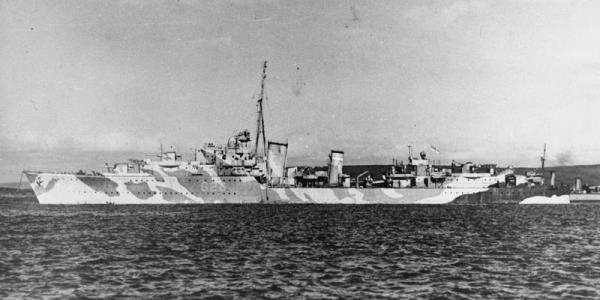 The Royal Navy had at the start of the Second World War only 113 destroyers - 60 having attended the 1937 Spithead Review - supplemented by 80 brought out of reserve. 50 sorely needed old ships were bought later very expensively from the United States. Those surviving from the end of the First World War comprised most of the 'V and W' Class with 20 others. Through a crash building programme which had started just before the war 60 more were produced. Eventually 456 destroyers played some part and 148 were lost through enemy action.

Destroyer construction between the wars was unfunded until 1927. Prototypes HMS Amazon and Ambuscade, launched in 1926, demonstrated technical advancements made in the decade following the great war. Thereafter, one new flotilla was authorized each year, and named in alphabetical order (A through K classes).