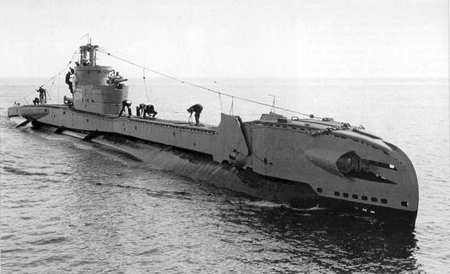 The Dutch Navy at the beginning of the war with Germany in May 1940, consisted of 1 coastal defence ship, 5 cruisers, 9 destroyers, 27 submarines, 4 gun boats, 6 minelayers and other smaller vessels. The Dutch Navy fought in many parts of sea like North Sea, Mediterranean and the Pacific sea where the Dutch navy had to defend the Dutch colonies from the Japanese advance.

Dutch naval forces had a contribution of sinking many enemy vessels, including 2 U-boats and also Japanese and even Italian submarines. But they also suffered many losses during the war, especially their submarine arm. They lost the coastal defence ship Soerabaja, the 3 cruisers De Ruyter, Java and Sumatra, 9 destroyers, 11 submarines and other smaller vessels.

The Dutch Navy sank 2 German U-boats in the war. The first one was when the submarine O-21 sank the U-95 on 28 November, 1941 in the Mediterranean. Then on 8 October 1944 in the Java Sea in the Far East the Dutch submarine Zwaardvis ambushed the U-168 after code breaking had revealed her patrol line.

Dutch submarines sank one Japanese destroyer and one Italian submarine (the Malachite on 9 Feb, 1943 in the Mediterranean).

The Dutch Navy lost one vessel to the German U-boats when the U-431 sank the destroyer Isaac Sweers (1628 tons) north of the Algerian coast in the Mediterranean on 13 Nov, 1942.

The Dutch submarine O 13 (LtCdr. E.H. Vorster) was lost in June, 1940. Many believe this loss can be attributed to a ramming by the Polish submarine Wilk on 20 June. The O 13 did not have a deck gun like the Polish insist they saw on the rammed submarine, which makes it almost certainly a German U-boat. The most likely fate of O 13 is that she perished in a German minefield in position 56.55N, 3E.

Also worth to be mentioned is that 3 more Dutch submarines O-25, O-26 and O-27 were captured while not finished, the Dutch scuttled them but the Germans brought them to service as UD-3, UD-4 and UD-5.

Check out this fine website on the Dutch submarines.