Escort carrier of the Casablanca class 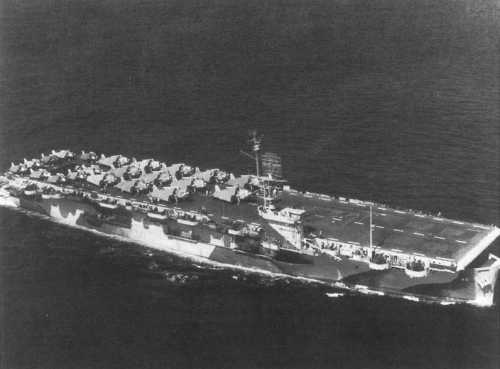 9 Apr 1944
German U-boat U-515 was sunk at 1510hrs on 9 April 1944 in the mid-Atlantic north of Madeira in position 34°35'N, 19°18'W, by rockets from 4 Avenger and Wildcat aircraft (VC-58) of the US escort carrier USS Guadalcanal and depth charges from the US destroyer escorts USS Pope, USS Pillsbury, USS Chatelain and USS Flaherty.