Submarine of the S-1 class 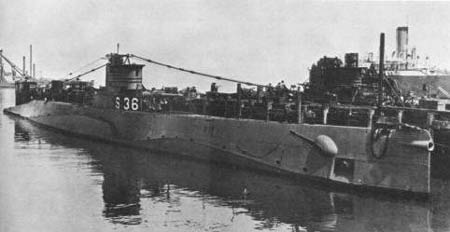 3 Dec 1941
Around 0100 hours USS S-36 (Lt. J.R. McKnight, Jr.) departed from Manila Bay to take up a defensive position off Cape Bolinao. Later that day she arrived in her patrol area. Around 1930 hours she entered Bolinao harbour where she remained until 8 December.