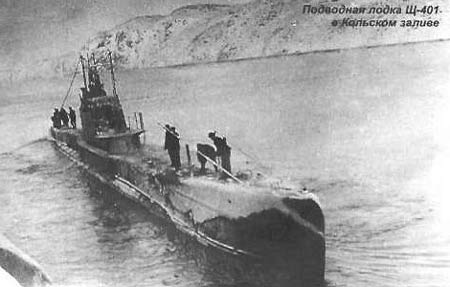 We don't have any commands listed for USSR ShCh-401

24 Dec 1941
At 2003 hours ShCh-401 fires four torpedoes against ' what is identified as ' a merchant of 3000 GRT of the Bosfjord. All torpedoes fired however missed their target.

7 Jan 1942
At 0038 hours ShCh-401 fires 3 torpedoes against ' what is identified as ' a merchant of 8000 GRT off Helnes, Norway at the mouth of the Porsangenfjord. All torpedoes fired however missed their target.

Later the same day ShCh-401 also attacked the German auxiliary submarine chaser UJ 1110. The attack fails and ShCh-401 is depth charged by the ship she just tried to attack and UJ 1101. ShCh-401 is not heard or seen after this attack but her loss is most likely not due to the depth charging.