Minesweeper of the Auk class 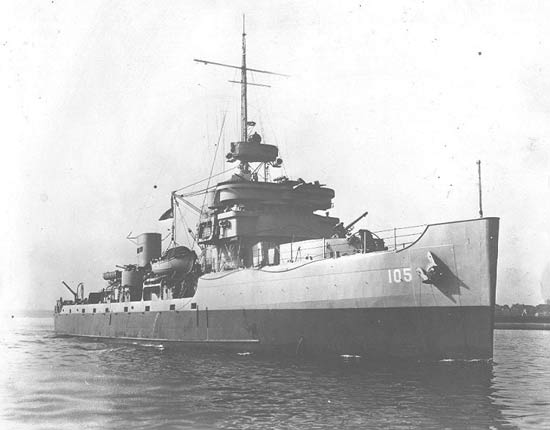 Commands listed for USS Pioneer (AM 105)

In the afternoon of 19 November, HMS Birmingham fuelled HMS Spey as the frigate had two out of four fuel tanks contaminated with seawater drastically effecting her range. With this underway refuelling she was able to continue on to Algiers.

During the morning of 20 November, the frigate HMS Rother also received some fuel from HMS Birmingham.

On the 25th, HMS Anthony and HMS Spey parted company with the convoy.

In the afternoon of 26 November the convoy was attacked by German aircraft and the transport Rohna was sunk by a glider bomb in position 36°56'N, 05°20'E. 1149 crew and passengers (mostly US troops) were killed in this attack.

The remainder of the convoy proceeded towards Alexandria / Port Said.

26 Nov 1943
Rescued 606 survivors from the merchant ship Rohna, which was sunk in the Mediterranean on this date. The Rohna was sunk by a guided missile launched from a German aircraft, with over 1,000 men lost. (1)