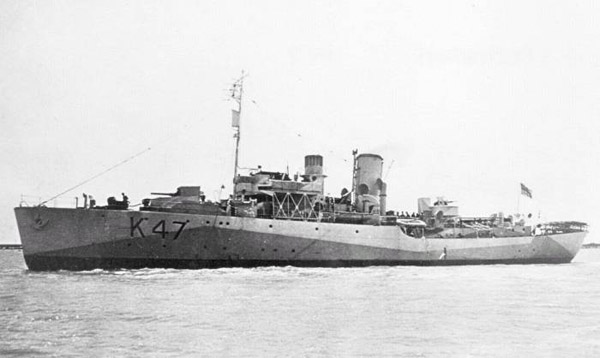 HMS POLYANTHUS K47, was sunk during the convoy ON.202, on the 20th of September, 1943. 30% of K47's company were rescued by the River Class Frigate HMS ITCHEN K227-told to me by one of two of K227's survivors; Peter Flood A/B S.T.(Able Seaman Torpedoman). The other survivor of K227 was P.O.E.R.A.(Petty Officer Engine Room Artificer)Bill Clarke; told to me by Peter Flood; i have a photo of these two sailors. The lone survivor of H.M.C.S. ST. CROIX I81, was William Fisher-Stoker First Class. When K227 was sunk by U-666, Flood, Clarke and Fisher were rescued by the Polish Merchant Ship, S.S. WISLA. Brian 'Canuck' Murza, W.W.II Naval Researcher/Author. (1)