Patrol vessel of the Kingfisher class 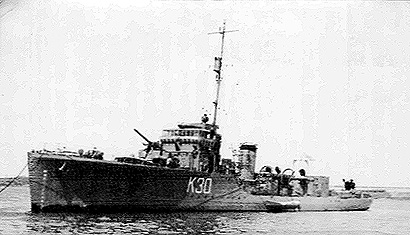 HMS Kittiwake as seen during the Second World War

20 Sep 1939
At 18.52 hours on 20 September 1939 HMS Kittiwake (Cdr. E.R. Conder, RN) was damaged by a British mine in the defensive barrage between Goodwins and Ruytingen in the Strait of Dover, 2 nautical miles east of South Goodwin Light vessel. Five ratings were lost. The commander was blown off the bridge and later rescued by a trawler. 39 crewmen were taken off by HMS Harrier, which towed the vessel to Dover. On 7 October, she was towed by the British steam tugs Gondia and Simla to Sheerness where the ship was under repair until 18 Jan, 1941.