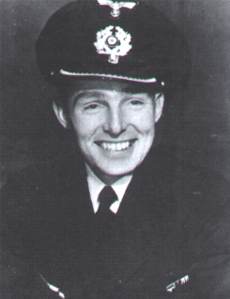 Wolfgang Aldegarmann joined the Kriegsmarine in 1939. From April 1940 to Jan 1943 he served as WO (Watch Officer) with several minesweeping units. He went though U-boat training from Jan to July 1943.

Following U-boat commander training and Baubelehrung (U-boat construction familiarization) July to Nov 1943, he commissioned U-297 on 17 Nov 1943. He was lost with his entire crew when U-297 was sunk 12 days into the first patrol by depth charges from a Sunderland off the Orkney Isles on 6 Dec 1944.