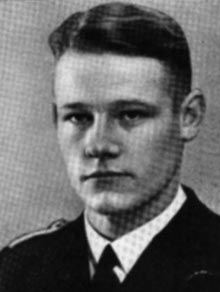 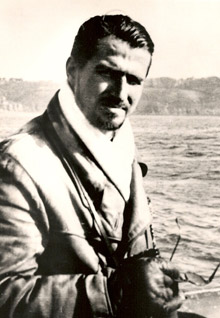 Left: Horst Degen on the tower.

Horst Degen served as the Second Watch Officer, 2WO, torpedo and radio technical officer on the destroyer Z 10 Hans Lody from Sep 1939 to June 1940. He then joined the U-boat force and underwent training from Jul to Dec 1940. Then U-boat commander training from Jan to Mar 1941.

Horst Degen‘s third war patrol with the U-701 from May to 7 July 1942, where he operated in American waters, was an exceptional one; sinking 4 ships (21.789 tons) and damaging 5 more (38.283 tons). He boat was sunk while waiting to sink one more ship before going back across the Atlantic (he had seen no ships for 8 days though).

When his boat was sunk by 3 depth charges from an American Hudson aircraft off Cape Hatteras all but 7 men escaped to the surface in two 18-man groups, but although the attacking aircraft dropped 4 life-west and life-raft plus marked the site with a flare the 7 eventual survivors were not found until 49 hours later, 110 miles offshore.

Nothing was found of the other group of 18 men. He and his 6 men then went to POW camp. Degen was released during June 1946. 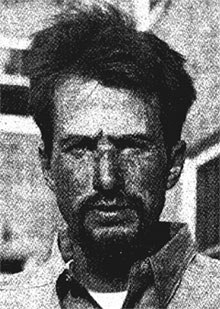 This terrible photo of Degen was taken shortly after his rescue.