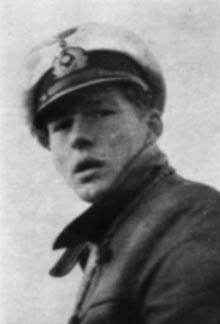 Gerhard Feiler joined the German Navy (Reichsmarine) in 1933. He served on the destroyer Z 20 Karl Galster from Oct 1938 to June 1940. He then joined the U-boat training programme in July and finished the training during Jan 1941.

From Jan 1941 to April 1941 he trained as U-boat commander with the 24th Flotilla and the 7th Flotilla . He was then assigned as Baubelehrung (construction) commander before taking command of his type VIIC boat U-653 on 25 May 1941.

He served on the boat for more than 2 years before being sent to shore duty. First he served with the 1st Flotilla from Oct 1943 - Jan 1944 but then he spent 3 months as a training officer with the 20th training flotilla. Feiler was the training commander of the 19th Flotilla to the end of the war.