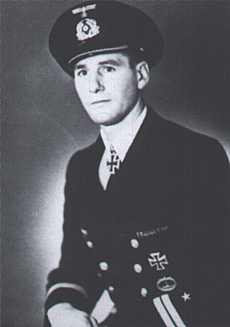 Karl Dönitz started his career in the Kaiserliche Marine in April 1910. Ltn. Dönitz spent began his career as an officer on the cruiser SMS Breslau. Most of the time the ship spent the Mediterranean and during the first months of WWI operated from Istanbul, Turkey. In October 1916 he started his U-boat career. After few months as a Watch Officer (WO), he took over in 1918 his first command (UC-25). He lost his last boat UB-68 and 6 crew members on 4 October, 1918 after some problems during a dive with an un stabilized boat. The next 9 months he spent in British captivity. During these two years he laid the foundations for his later successful command as BdU.

After his return in July 1919 he spent the next 16 years in the Reichsmarine. A great part of this times Dönitz rode on several torpedo boats and in September 1934 he became commander of the cruiser Emden, where future naval officers got their basic naval training on a year-long cruise around the world. On board were 160 cadets of the Crew 34, including the later aces, the cadets Adalbert Schnee and Friedrich Guggenberger. When Emden returned in July 1935 in Wilhelmshaven, Generaladmiral Raeder gave Dönitz the order to build up the German U-boat fleet.

So started the Fregkpt. Dönitz in September 1935 as commander of the 1st Flotilla 'Wediggen' with 3 U-boats (U-7 , U-8 and U-9 ). On 1 Jan, 1936 he became the Führer der Unterseeboote (FdU), this title was changed on the 19 Sep, 1939 to BdU. In this position he became in the following years until the end of war the 'Father of the U-boat weapon' and developed the very successful new U-boat tactics. All great U-boat actions, esp. the convoy battles were led by himself. He always held a close contact with the commanders and also their crews.

The Admiral and his aces

The Admiral and his men

On 31 Jan, 1943 Karl Dönitz became the Oberbefehlshaber der Kriegsmarine (ObdM) (Commander in Chief). He also retained his position as BdU. In the last days of war after Hitler's death, he also became for 20 days the last head of the German state until his his arrest on 23 May, 1945 by the Allies.

In the Nuremberg trials Dönitz was accused of war crimes. Most sensible people agree that the German U-boats fought hard but fair considering the situation. [No one tries to deny the war crimes committed by the Germans before and during the war though]. Thus many say that Dönitz was simply punished for being too efficient at his job and his U-boats having been to much of a threat to allied shipping and the outcome of the war. Dönitz served 11 years and 6 months in prison, the last ten years at Berlin-Spandau.

After his release on 1 Oct, 1956 he lived in the small village Aumühle near Hamburg. There he wrote two books, and worked on an honest written account of the U-boat weapon history. Dönitz passed away on Christmas eve 1980 and to his funeral on 6 Jan, 1981 came thousands of old camerades, including some hundred Knights Cross holders and not only from the Navy. The officers from the Bundesmarine (Post-war German Navy) were forbidden to visit in uniform, because the German government at that time felt that Dönitz was too deeply involved in the politics during the Third Reich.

Personal losses
Admiral Karl Dönitz lost both his sons to enemy action during the war. The younger, Peter Dönitz, was killed while serving as watch officer on the U-954 when the boat was sunk with all hands in the North Atlantic on 19 May, 1943.

After that loss the older brother, Klaus, was permitted to withdraw from combat duties and started his education as a naval doctor. Klaus however kept in touch with his former comrades and on his 24th birthday on 13 May, 1944 he convinced his friends to take him along on the fast boat S-141 for an attack on the Selsey on the English coast. The S-141 was destroyed and although 6 of its crew were rescued Klaus Dönitz was not among them.