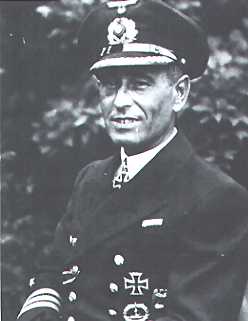 After his more than 11 years of imprisonment, which in modern terms factually qualifies as a life sentence, Dönitz lived a rather reclusive life in a small town near Hamburg. There he spent most of his time writing his memoirs and assisting various journalists and historians from countries all over the world in answering questions about the German naval warfare. 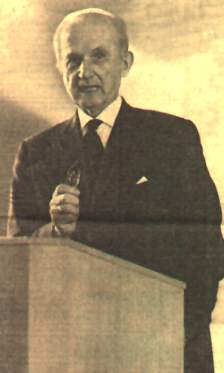 Karl Dönitz during a lecture in 1963

Unbiased historians will eventually describe and comprehend the true personality of Großadmiral Karl Dönitz. Then and only then, will people understand why Dönitz is held in the highest esteem by his former war time enemies, why two million Germans regard him as their savior, why his U-boat-men still speak of him with deep respect as 'the Great Lion' or refer to him as their trustworthy comrade 'Uncle Karl' and why his former soldiers still hurry to his defence, whenever his honor or reputation is at stake.

One can be sure that from the fair and clear judgment of history the Großadmiral will emerge as the formidable Naval strategian - probably the best fighting admiral in the Second World War, as a gifted military leader, as a caring and concerned commander and as the responsible and devoted patriot that he was.

The Großadmiral himself should have the final words in this article, as he stated them at Nuremberg 1946:

Dönitz and the Nuremberg Trials