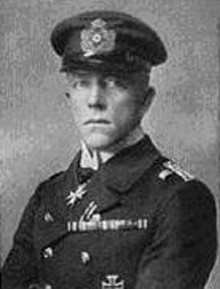 Saltzwedel was a Lt.z.S. when war broke out and Adjutant on the Linienschiff Kaiser. He was promoted to Oblt.z.S. On the 19th September 1914.

He sank more than 110 merchant vessels for over 170.000 BRT. His name was given to the 2 U-Boot Flottille of the Kriegsmarine in Wilhelmshaven.