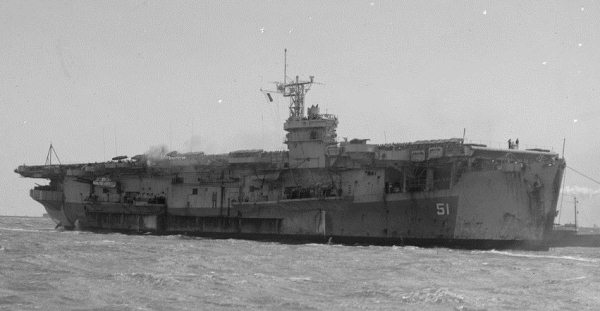 This convoy departed the Clyde on 3 March 1944 for Alexandria.

Around 1800Z/6, the frigates HMS Cranstoun, HMS Deane and HMS Redmill parted company with the convoy.

During the night of 9/10 March, HMS Nigeria fuelled at Gibraltar and then rejoined the convoy.

Around 1000A/11, HMS Erne parted company with the convoy to proceed to Algiers.

At 0137B/13, HMS Nigeria parted company with the convoy to proceed ahead of it to Port Said.

Around 0600B/16, HMS Phoebe parted company with the convoy to proceed to Alexandria.

The convoy arrived at Port Said late in the afternoon of the 16th.

Simulated raid towards the Sabang area to give the enemy the impression that an air attack on Sabang was to take place in the morning of June 12th.

This operation took place at the same time as US operations in the Marianas.

In order not to have to approach the coast to much the submarine Surf transmitted a signal by W/T in the evening of June 11th to simulate that the force was closing Sabang.

Flying practices were carried out throughout. On 11 June two aircraft from HMS Illustrious were lost due to accidents.

The whole force returned to Trincomalee in the afternoon of 13 June. (1)

These two groups made rendezvous around 1845FG(-6.5)/26. HMAS Quickmatch was then detached to return to Colombo.

This left the Dunnottar Castle and HMS Maidstone proceeding towards Australia escorted by HMS Nigeria.

At 1330H/4, the Dunnottar Castle parted company to proceed to Melbourne.

HMS Maidstone and HMS Nigeria arrived at Fremantle around noon on the 5th.

In the morning of 10 December 1944, these ships made rendezvous and course was set for Australia.

The destroyers parted company in the early evening of the 11th to return to Ceylon.

In the early evening of the 16th, the cruisers parted company with the carriers to proceed to Fremantle. (2)