What happened on
16 October?

Destroyer of the V class 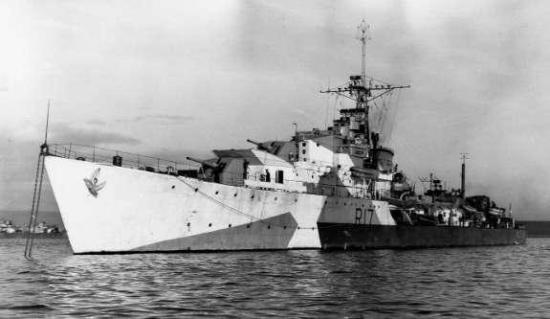 The aircraft returned to HMS Victorious almost two hours later. One Corsair had machine gunned a tanker on the way back starting a small fire amidships. All aircraft landed safely despite the difficult conditions due to the weather. (3)

Before entering the anchorage she carried out gunnery exercises during which she was escorted by the destroyers HMS Vigilant (Lt.Cdr. L.W.L. Argles, RN) and HMCS Algonquin (Lt.Cdr. D.W. Piers, DSC, RCN). (4)