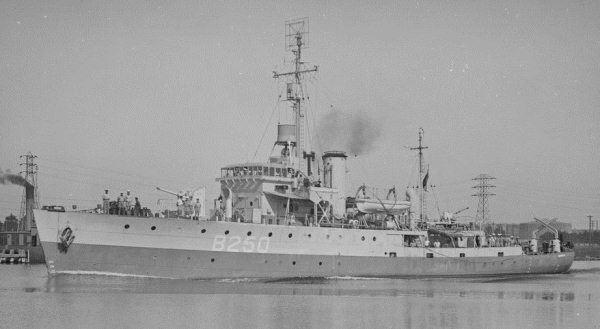 22 Feb 1944
The Australian minesweeper HMAS Tamworth and the Indian minesweeper HMIS Orissa (Lt. A.V. Baker, RIN) both pick up survivors from the American tanker E.G. Seubert that was torpedoed and sunk by German U-boat U-510 about 200 nautical miles east of Aden in position 13°50'N, 48°49'E.

HMAS Tamworth also picks up 52 survivors from the British tanker San Alvaro that was also torpedoed and heavily damaged by German U-boat U-510 about 200 nautical miles east of Aden in position 13°50'N, 48°49'E. The burning San Alvaro was then scuttled by HMAS Tamworth with gunfire and depth charges.