MS Trawler of the Shakespearian class 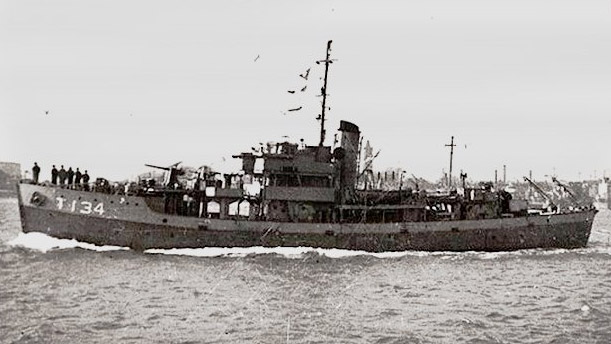 At dusk on the 5th HMS Bramble, HMS Leda and HMS Seagull parted company with the convoy to return to North Russia.

At 0500A/11, HMS Norfolk parted company with the convoy to proceed to Scapa Flow.

Later on the 11th, the HMS Celia (T/Lt. F.G. Dawson, RNR) and HMS Windermere (Skr. J. Mawer, RNR) joined the convoy. HMS Icarus and HMS Eclipse were then detached to fuel at Seidisfjord. The rejoined the convoy on 13 November following which the trawlers were detached.

The convoy arrived at Kirkwall on 17 November 1941.

In the afternoon Trusty departed from Dundee for Scapa Flow. She is escorted by HMS Celia (T/A/Lt.Cdr. L.B. Merrick, RNR). (6)