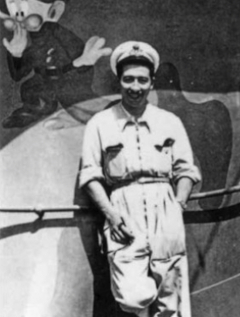 The story of Italian submarines in the Second World War is not very well known outside Italy. These pages are an attempt to remedy that. This concise History of Italian Submarine Operations came into being accidentally. My initial research concerned Allied Submarine Operations in the Western Theatre during the Second World War. While visiting the Italian Naval Archives in Rome (Ufficio Storico della Marina Militare), to obtain some information on Italian anti-submarine operations, I became fascinated by the story of their submarine fleet. On the eve of the War, the Italian submarine force was the second largest in the world. Submarines of the Regia Marina frequently encountered their Royal Navy counterparts, so it was not surprising that the need to explore their side of the operations became a necessity.

I was familiar with the Italian Official History published by the Ufficio Storico in the 1960’s and 1970’s. A number of years later, my friend Francesco Mattesini published ‘Betasom’ an expanded version of the Atlantic War. On the technical aspects, a volume was published in 1963 by the Ufficio Storico della Marina Militare and was completed by two additional volumes by Alessandro Turrini and Ottorino Ottone Miozzi entitled ‘Sommergibili Italiani’. These volumes are all excellent but relatively unknown outside Italy as they have never been translated. The Ufficio Storico has also produced the Bollettino d’Archivio and the Rivista Marittima both of which contain a wealth of information. However extensive the Italian Official History may be, it is far from complete. The very richness of the story of the Regia Marina makes any attempt to do so particularly difficult.

These pages are an overall view of the operations carried out by the Sommergibili. It is an introduction on the subject for non-Italian readers and I hope it will encourage some of them to explore it further. Luckily, almost all of the Italian submarine patrol reports have survived, and these have all been checked. In addition, the diaries and papers of Maricosom (the Italian Submarine Command), Betasom (Submarine Base at Bordeaux), and the Decima Flottiglia MAS (Underwater Assault teams) as well as from several other commands were also examined. Additional information was obtained by the study of relevant records in British, American, German, French and Hellenic archives. This research is far from complete. There are many gaps, especially in the Submarine Commander pages, and readers are encouraged to contribute details provided they are confirmed by documents and sources. The operation pages are organised in general movements (patrols, transfers, exercises, etc.) and within them events (attacks and other incidents).

Patrol numbering was more difficult to determine as it was not systematically followed. I have tried to follow those used in Italian documents, but the numbering appeared to have been decided by the Group Commander and attributed according to his own logic. Italian submarines were often used in one-night defensive patrols off their main bases. In most cases these short patrols were counted individually but we have the case of the submarine Onice who was sent to Benghazi to carry out 25 one-night antisubmarine patrols in September/October 1941, and these were counted as only one single patrol. Similarly, transfers between Italy and Leros or Libya were sometime counted as a patrol and some time they were not. Therefore, readers are not encouraged to challenge the way patrols are numbered. Time used by Italian submarines were usually Rome time even when operating in the Atlantic and local time only used in exceptional cases. Positions of events are those recorded by the submarines and occasionally supplemented by the position recorded by the enemy (listed as “(e)”) or by a general position (listed as “(o)” for other).

I have tried to be as concise as possible but details that have been overlooked will be added in due time. These pages are not a substitute to the original patrol reports but can serve as a guide for further research.