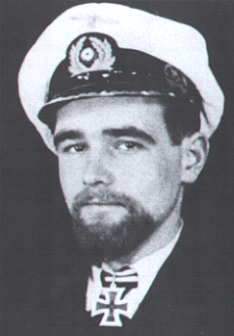 Crisis in the Pacific
The Battles for the Philippine Islands by the Men Who Fought Them
Astor, Gerald 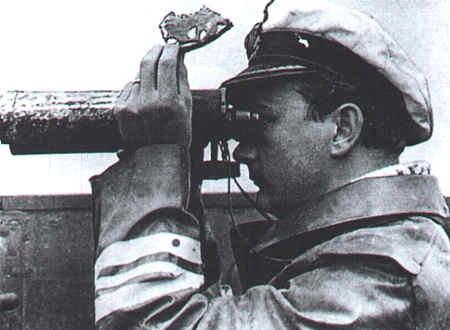 Kapitänleutnant Johann Mohr, commander of U-124,
showing that even while on a lookout one can still eat.

Where did the U-boat Commander work in the boat?

The areas of the boat frequented by the U-boat commander. Type VIIC.

How did men become U-boat commanders?

There were some different groups of commanders, which had gone their very different ways into command.

Many of them later in the war became famous commanders and earned the Knights Cross, those included men like Korvkpt. Werner Hartmann, Kptlt. Schütze, Kptlt. Liebe and Kptlt. von Stockhausen.

2. The pre-war watch-officers
This group of young officers for the most part joined the U-boat force during 1936-1938 and received the long and thorough pre-war training. Some of them also served the first few months of war as IWO.

This group of men generated most of the very successful commanders in the war, men like Prien, Kretschmer, Schnee, Suhren, Lüth, Topp and Schepke. The BdU took later in the war these officers, which still in combat, back from the front in staff or training duties where they could pass on their hard-earned experience.

3. Officers from other naval branches and from the "Luftwaffe"
In the war a lot of naval officers, who served on battleships and other surface ships, attempted to join the U-boat force. Many of them became also very successful commanders and included among their ranks men like Brandi, Merten, Gysae, Hartenstein, Lange, Lehmann and Lüdden.

Some members of the naval air force (Luftwaffe) changed to the U-boat force and some of them later became famous U-boat commanders and Knights Cross holders like Hardegen, Thomsen and Hechler.

4. The usual way during the war
Here is shown the most common way during the war. However, here were a lot of deviations depending on different facts, like the up-to-now-career of the officers and the phase of war. 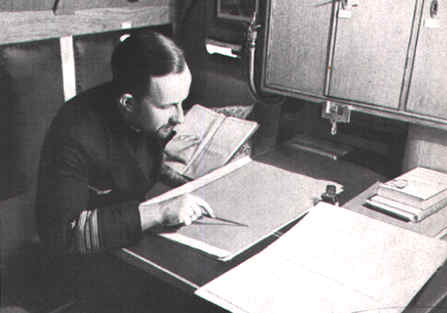 Commander reading the maps to hunt out the next convoy.

The age of U-boat commanders

During the first years of the war there was a strict rule, that a commander had to be at least 25 years old. That's why "Teddy" Suhren, then already a Knights Cross holder, had to wait in a training unit for a few months until he became 25-year old.

Later in the war this limit was lifted and Leutnant zur See Ludwig-Ferdinand von Friedeburg became the youngest combat U-boat commander. He took over the command of U-155 on 15 August 1944. He was then 20 years and 3 months old. There were 3 others Leutnants who took over a boat while only 20 years old; Hans-Eckart Augustin (U-62), Gerhard Ady (U-704) and Hans-Joachim Dierks (U-14). They all commanded training U-boats only.

The oldest Commander on patrol was Korvettenkapitän Georg von Willamowitz- Moellendorf, the well known commander of U-459, one of the Milk-Cows. He died in 1943 at the age of 49 years.

The usual limit for combat-commanders was 40 years.

See our page on the youngest and oldest U-boat commanders of WWII.

So how many Commanders served in the war?

There were more than 1,410 commanders, 574 of them died in the war. 530 commanders died in combat, the rest by accidents, illness, suicide or sentenced to death. See a complete list af all U-boat Commanders. 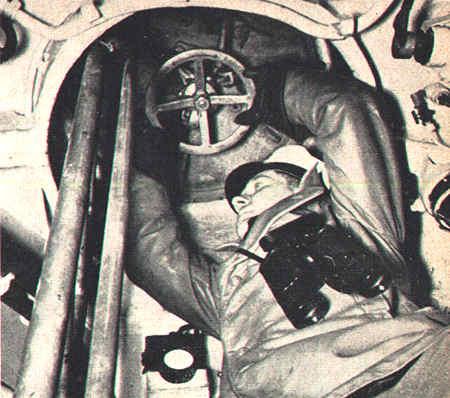 Kptlt. Lehmann-Willenbrock (U-96) closing the hatch of the conning tower

What rank was normal for the commander?

The usual rank for a U-boat commander was Oberleutnant zur See or Kapitänleutnant.

Following is the last (highest) ranks of all commanders in the war. For more information on this subject see our ranks pages. The lowest rank, Leutnant zur See, is listed first. 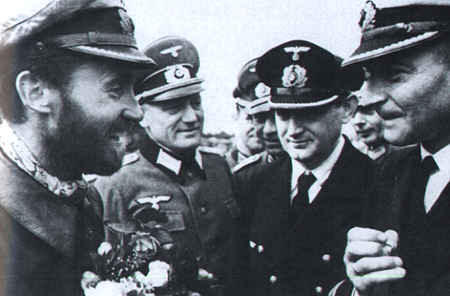