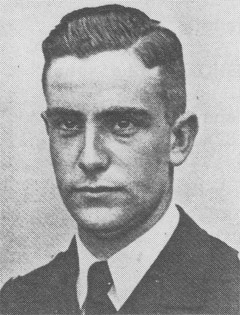 12.00 hrs, NW of Finisterre, inbound: the Whitley (misidentified as a Lancaster) made two attack runs dropping four bombs on each run, but without result. It was hit by flak during the second attack, and later had to ditch because of engine trouble. The six crew were rescued by a Spanish trawler.


30 May 1943
12.22 hrs, NW of Finisterre, inbound: a British B-24 Liberator (224 Sqn RAF/G, pilot F/L M.J. Elworthy) attacked the boat 22 minutes after it had shot down another aircraft. Ten depth charges were dropped during three runs, with the aircraft suffering flak damage in the process. The boat escaped unharmed. (Sources: Franks/Zimmerman)

approx. 17.15 hrs, NW of Corunna, Spain: despite taking the boat by surprise, the Wellington was hit by heavy and accurate AA fire on the initial attack run, lost control, and crashed into the boat on the starboard side. Only the tail gunner (Sgt A.A. Turner) survived, when his turret separated on impact and he found himself in the water close to an inflated dinghy. The remaining five aircrew were killed. U-459 lost several gunners and most of the AA guns in the crash, and the crew found three unexploded depth charges on deck when clearing the wreckage. They decided to roll them into the sea at high speed, but at least one exploded, close enough to disable the steering gear and cause severe damage to the stern compartments.

At approx. 17.30 hrs, a second Wellington (547 Sqn RAF/V, pilot F/O J. Whyte) strafed the boat and dropped seven depth charges, causing further damage. The commander then ordered the crew to abandon ship and scuttled the boat - apparently choosing to go down with his ship. 41 Germans and the sole British survivor were picked up by ORP Orkan some 8 hours later.

Unlike many other U-boats, which during their service lost men due to accidents and various other causes, U-459 did not suffer any casualties (we know of) until the time of her loss.