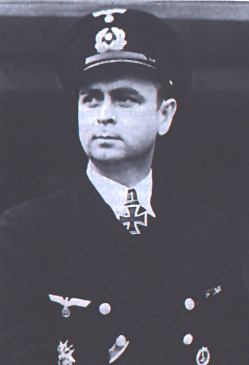 
Otto Ites joined the Kriegsmarine in April 1936 and was a member of the so called Olympia-Crew. He served for some months on the torpedo boats Kondor and Albatros before he transferred to the U-boat force in October 1938.

On his fifth patrol his operational area was the Caribbean Sea. But on 28 August 1942 U-94 was sunk by depth charges from an aircraft and ramming by the Canadian corvette HMCS Oakville (Niestlé, 1998). Ites was among the 26 survivors and was in US captivity until May 1946.

After his return he became a dentist, before joining the Bundesmarine in 1956. Here he served for two years on the destroyer Z-2 as commander and then held several staff positions.