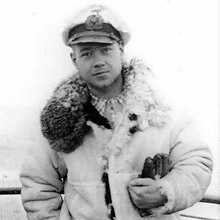 Freiherr von Schlippenbach began his naval career in April 1934. He later served on the battleship Schleswig-Holstein and as a training officer before transferring to the U.bootwaffe in 1939.

After time on several U-boats as Watch Officer, in March 1941 he took over command of the type IIB U-boat school boat U-121. In July 1941 he moved to the larger type VIIC U-boat U-453, and on his first patrol in December 1941 managed to break through the Straits of Gibraltar into the Mediterranean. During the next two years he became one of the most experienced commanders stationed there, and was awarded the Knights Cross in 1943.

In 1944 he took a staff position in the OKM (Naval High Command) and at Marineschule Mürwik (Naval Academy). He spent last six weeks of the war serving in the infantry in the defence of central Germany. After the war he spent three months in a US POW Camp.

He joined the Bundesmarine (Federal German Navy) in January 1956, in which he served mostly in staff positions. He retired as Kapitän zur See in September 1972. 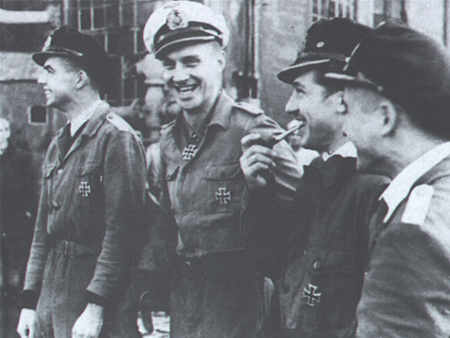 Kapitänleutnant Freiherr von Schlippenbach with officers from U-453.