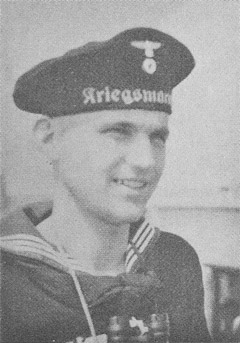 
Günther Seibicke began his naval career in August 1932. This was four months later than usual, due to an accident in June 1932 in which the German sailing school ship Niobe sank after capsizing. Most of the cadets (27 men) of Crew 1932 died in this accident; they were replaced by young men selected from across Germany.

After serving on the light cruiser Königsberg, Seibicke spent more than four years in minesweepers, starting in 1936. For the first years of the war he commanded minesweeper M 4, and was awarded both the Iron Cross 1st and 2nd Class in 1939. In April 1941 he transferred to the U-boat force, and following standard training commissioned U-436 in September 1941.