Between the wars Capt. Walker was a ASW specialist in the Royal Navy. By the time the war began he had been passed over and was scheduled for an early retirement. Even with the war going on he was still not given a command until 18 months after the war had started or in early 1941.

In March he was given command of the 36th Escort group which consisted of 2 sloops and 6 corvettes. There he was noted for development of sophisticated group tactics.

In the spring of 1942 Walker took command of the Second Support Group, the first of the new striking forces to roam against the U-boats free of escorting duties. He commanded his own sloop, HMS Starling and had under his command Wild Goose, Cygnet, Wren, Woodpecker and Kite. This proved to be a formidable team. 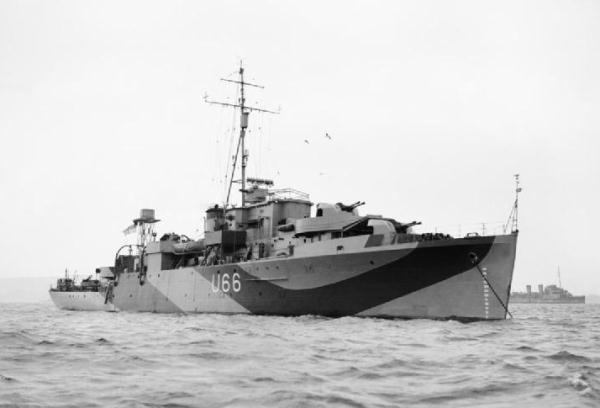 One of his tactics was to put 3 or more sloops in a line and then bombard the submerged U-boat in a similar way as artillery bombardment. This proved very effective if the U-boat was under the vessel in the middle, then his evasive action might take him under the depth charges dropped on his left or right.

On 30 July, 1943 Walker's support group caught 3 large U-boats on the surface (an attempt to pass the Bay of Biscay in a group to repel aircraft). After a few seconds all U-boats had been hit and were unable to dive. Walker sank the U-462 (Vowe) and U-504 (Luis) but the third U-boat U-461 was sunk by an aircraft. In 10 minutes Germany had lost 2 of its vital Milkcows. 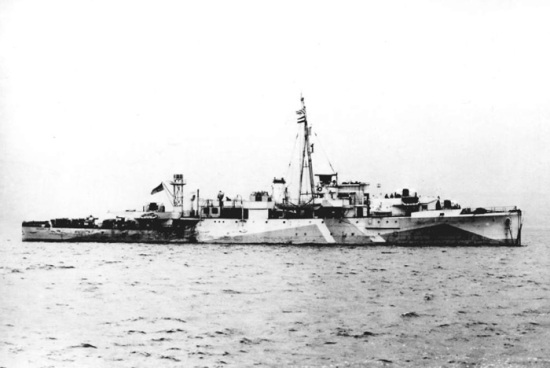 In August he learned that his son, Timothy, had been killed while serving on a British submarine in the Mediterranean. From that moment on he became even more of a hunter of U-boats.

On 31 Jan, Walker and his group scored the first kill of that year against U-592 (Jaschke).

In March Walker was sent escorting the US cruiser Milwaukee as a gift to Russia. He sank 2 U-boats on that journey U-653 (Kandler) and U-961 (Fischer) and on the way back sank the U-473 (Sternberg) after a lengthy chase.

His last command was to help secure the D-Day landings at Normandy from the U-boat threat in France. During the first critical 2 weeks no U-boats got past him and many were destroyed both by escort vessels and the hundreds of aircraft in the area.

Captain Walker died on July 9, 1944 from over-strain, overwork and battle fatigue. During his years at sea the battle had taken too much toll from him as he rarely laid back and took a rest.

HMS Stork also picks up 14 survivors from the British merchant Ruckinge that was torpedoed and damaged, finally sunk by gunfire from the British corvette HMS Samphire (Lt.Cdr. F.T. Renny, RNR), by German U-boat U-108 west of Lisbon, Portugal in position 38°20'N, 17°15'W.

You can help improve officers Frederick John Walker's page
Click here to Submit events/comments/updates for this officer.
Please use this if you spot mistakes or want to improve his page.