Award Citation as published in London Gazette on 16 March 1943:

The ship, sailing alone, was torpedoed. She remained afloat, but 20 minutes later was fired on by the submarine. The enemy fire was returned, two shells being seen to explode close to the submarine, which may have been damaged. Half an hour later, two torpedoes were seen coming towards the ship and evasive action was successfully taken. No further attack was made and under her own power the vessel was brought safely to a nearby port where an examination disclosed that she had sustained serious damage. When, however, it was found that there were no facilities for executing the extensive repairs required, the crew were eager to take the ship to a port where repairs could be effected. In spite of her damaged condition the ship put to sea and, after sailing alone through submarine infested waters, eventually reached port. 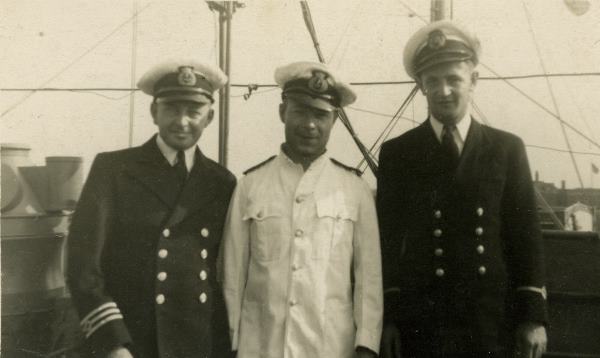