Destroyer of the Bristol class 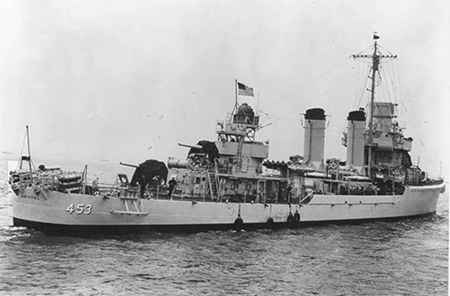 Notable events involving Bristol (i) include:

During the bombardment, which started around 0330A/11 and laster for about 20 minutes, HMS Revenge fired 120 rounds of 15” in eighteen minutes from range between 14000 and 16000 yards. Her escorting destroyers fired 801 rounds of 4.7” during the first four minutes of the bombardment and then formed a screen on the battleship.

Large fires were seen to erupt in the target area. Shore defences opened up as for being under air attack. The ships were fired on only after the bombardment had ceased. No ships were hit though despite the enemy fire being accurate.

The western cover group returned to Plymouth at 0800A/11.

The bombardment force and the eastern cover group arrived at Portsmouth around the same time.