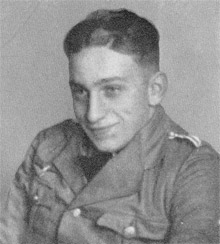 
Gerhard Bigalk began his naval career in April 1934. Like Günther Prien and some other U-boat commanders he spent some years in the merchant navy before joining the U-boat arm. In October 1935 he began reconnaissance training in the naval air force, and in 1937 made 21 combat flights in the Spanish Civil War. In November 1939 he transferred to the U-boat force and after the usual training and a short time as commander of the school boat U-14, he commissioned the larger Atlantic boat U-751 in January 1941.

Kapitänleutant Gerhard Bigalk died on 17 July, 1942 when a British aircraft sank U-751 with all hands in the North Atlantic northwest of Cape Ortegal, Spain (Niestlé, 1998).