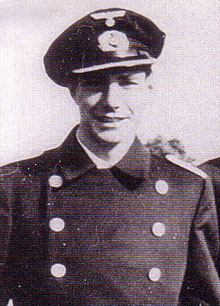 14 Sep 1939
After stopping the British freighter Fanad Head, the boat was attacked by three British Blackburn Skua aircraft (803 Sqn FAA) from HMS Ark Royal, two of which were destroyed by the explosions of their own bombs. Three U-boat crew were wounded by shrapnel and two British airmen captured.

14 Sep 1939
After sinking the British freighter Fanad Head, the boat was bombed by six Swordfish (810 and 821 Sqn FAA) from HMS Ark Royal and depth charged by HMS Bedouin and HMS Punjabi for four hours before managing to escape.

3 Sep 1939. This boat sank the first ship in the war when she sank the 13,581 ton passenger ship Athenia by mistake (taking her to be an Armed Merchant Cruiser, AMC).

7 Jul 1940. This boat was the first U-boat to make use of the newly captured French bases when she arrived at Lorient on 7 July 1940.

Unlike many other U-boats, which during their service lost men due to accidents and various other causes, U-30 did not suffer any casualties (we know of) until the time of her loss.

There was another U-30 in World War One
That boat was launched from its shipyard on 15 Nov 1913 and commissioned into the Imperial Navy on 26 Aug 1914. The Naval war in WWI was brought to an end with the Armistice signed on 11 Nov, 1918. Read about SM U 30 during WWI.