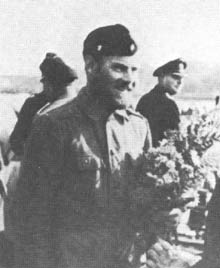 Claus Korth began his naval career in April 1932. During his officer training he was one of the few survivors when the sailing school ship Niobe sank in a training accident. In March 1936 he joined in the U-boat force and received a solid pre-war training. In the autumn of 1937 he was I WO on U-37 for two months in Spanish waters during the civil war there.


In December 1938 he commissioned the type IIC U-boat U-57. Her first successes were scored on her fourth patrol when she sank two ships. Outstanding was the sinking of the British tanker Gretafield of 10,191 tons in February 1940. Korth left the U-boat in June 1940 and commissioned U-93 in July of the same year.

In June 1942 he became training officer in the 27th (Training) Flotilla. During the last year of war he was in the torpedo trial institution (TVA) Eckernförde. After the surrender Claus Korth spent six months in Allied captivity. 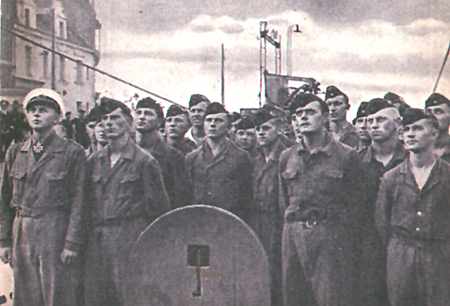 Claus Korth and the crew of U-93

In 1955 he joined the Bundesmarine (postwar German Navy) where he was for nearly four years the head of the torpedo trial station (Marine-Torpedo-Versuchsstation). He retired in 1970 with a rank of Kapitän zur See.