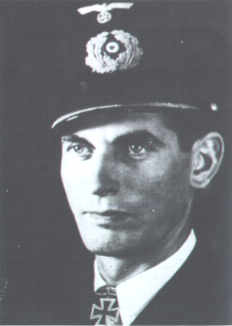 17 Oct 1940
During an action against convoy OB 228 U-93 was attacked three times: in the early morning three escorts dropped 19 depth charges, at 1015 hrs another escort dropped seven depth charges, and in the evening a Sunderland flying boat dropped one bomb. U-93 survived completely unscathed.

10 Feb 1941
Damage caused by a British Whitley bomber (RAF Sqdn 502, pilot J. A. Walker) bombing and strafing the boat accelerated her return to base at Lorient for three months of repairs. (Sources: Blair, vol 1, page 234)

11 Aug 1941
While shadowing an Allied convoy off Portugal heavy bombing by aircraft forced the boat to return to France. (Sources: Blair, vol 1, page 336)

7 May 1941
Three men were wounded in an accident with the machinegun.

There was another U-93 in World War One
That boat was launched from its shipyard on 15 Dec 1916 and commissioned into the Imperial Navy on 10 Feb 1917. The Naval war in WWI was brought to an end with the Armistice signed on 11 Nov, 1918. Read about SM U 93 during WWI.