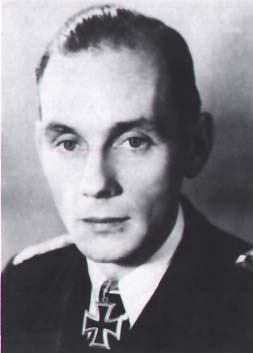 From 1936 until August 1939 Karl Dönitz lead the U-boat force as FdU with a relatively small staff. The title FdU was changed to BdU on 19 September, 1939. At the same time the BdU staff were divided in two parts:

In the autumn of 1939 and in February 1940 there were a few trials, to lead convoy-battles trough a officer on board of one of the U-boats (in October Korvkpt. Hartmann on U-37 led the attack against convoy HG 3). But then Karl Dönitz realized that leading from the bases through radio communication would be more efficient.

The BdU-Op had the tactical command for all boats in the Atlantic, the North Sea and in the Indian Ocean. For the other combat areas existed special FdU's (Mediterranean, Arctic Ocean) or special area commands (Black and Baltic Sea).

4. Admiralstabsoffizier (A 4)
(communications and torpedoes)