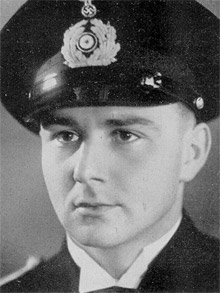 Friedrich Steinhoff was a merchant navy officer before joining the Kriegsmarine in 1934 (Rust, 2009). After serving on minesweepers, he transferred to the U-boat force in March 1941. With his first command, U-511, he undertook submerged rocket trials (his brother was a researcher at Peenemünde). After a year's duty on the staff of the 7th Flotilla, he commissioned U-873 in March 1944.

During her first patrol the war ended, and Steinhoff surrendered his boat and her crew on 16 May 1945 near Portsmouth, USA. Steinhoff and his men were taken, not to POW camp, but to Charles Street Jail, a Boston city jail where they were locked up with common criminals while awaiting disposition to a POW camp. There are many accounts of mistreatment of the U-boat men while they were held there.

After suffering harsh interrogation, Friedrich Steinhoff committed suicide on the morning of 19 May 1945, opening his arteries using broken glass from his sunglasses. U-873's doctor, Dr. Karl Steinke, attempted to give first aid, but was too late. Documents concerning the surrender of U-873 and the interrogation of her crew can be found at uboatarchive.net. 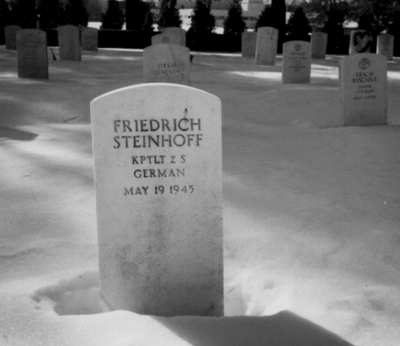