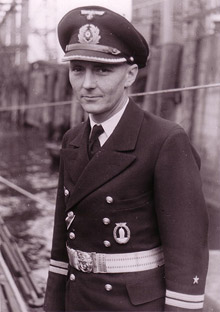 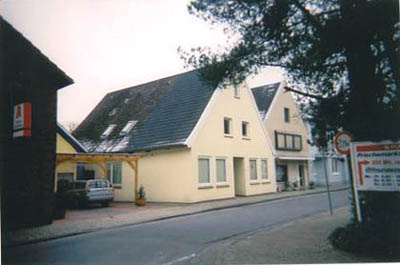 The new Archiv house. Photo courtesy of Craig McLean.
Lange Strasse 1. This is where Horst Bredow keeps his office.

The Deutsches U-Boot Museum owns virtually complete records of all the Germany's 1,171 WW II U-boats. In most cases it is possible to trace the boat's entire history from keel laying to the bitter end. In addition to this, there is also unique information about U-boat men. This has grown considerably over the years because visitors have filled in gaps in official documents. Throughout the years Horst Bredow has also kept in touch with some 4,000 submariners around the world. In addition to the WW II U-boats, the archive holds information also about the WW I about U-boats of the Federal Navy and data about submarines from foreign navies. The materials are methodically cross-referenced, so finding documentation on a particular craft or naval officer is very easy. 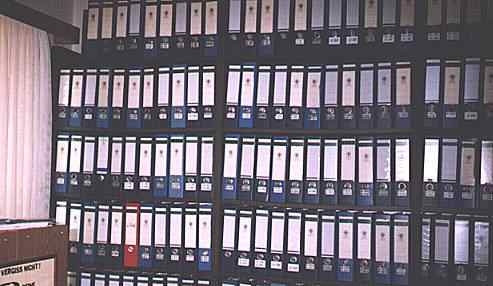 This photo shows only a small part of the WW II U-boat material.

In addition to primary documents and thousands of first-hand accounts, the archive holds books and materials on general naval and military topics. The Deutsches U-Boot Museum has over than 180,000 photographs and this number grew in 2003 by more then 6,000 photos. Also the archive owns a lot of rare films taken aboard U-boats as well as copies of some commercial submarine dramas.

A few numbers to better demonstrate the outstanding work of the Deutsches U-Boot Museum. In 1997 3,501 letters were written from the Archiv and more than 2,500 research requests were answered. There were made more than 2,000 copies of photos for some 130 users. 39 historians and more than 4,200 other visitors visited in 1997.