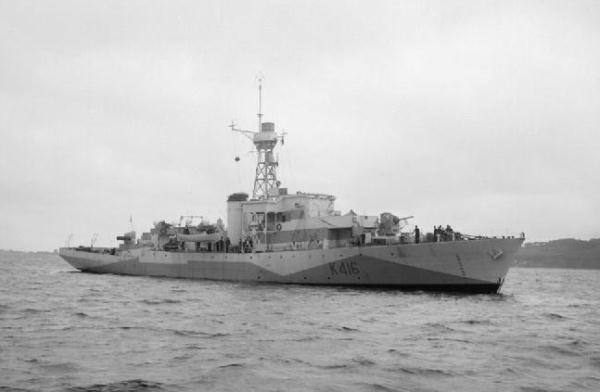 The corvette was born out of dire need at the beginning of World War Two for something to fill the gap until the larger destroyers could be brought on line. The design used was an untested one based on a whaling ship.

The corvettes could sail at 16 knots while the surfaced U-boats could manage 17-18 knots. They were short and had a broad beam which allowed them to patrol in a fierce weather while most other escort vessels could only concentrate on survival. This hull design also made them "roll on a wet grass" as one quote has it, they were very lively at sea and during the worst storms even the most hardened naval veterans felt uneasy for sea-sickness. But they served very well and never gave the U-boats any break due to bad weather. Over 20 corvettes were lost to U-boats.

Eventually roughly half of the escorts in the North Atlantic convoys were corvettes.

The most famous class of corvettes was the Flower class which was a formidable U-boat hunter.

All Corvette classes (in service with the Royal Navy).