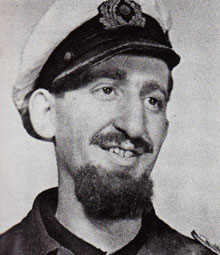 
Adalbert Schnee joined the Reichsmarine in April 1934. After some months on the light cruiser Leipzig, he began his U-boat career in May 1937.

He spent two pre-war years on board U-23 under the command of Oberleutnant zur See Otto Kretschmer. He completed five patrols on her before going on to win great success with his own boat, U-201. He was awarded the Knights Cross after three patrols in U-201, then on the seventh he sank ships totalling 41,036 tons, which earned him the Oak Leaves to his Knights Cross.

In October 1942 he joined the BdU staff. In his position as the "Geleitzugs-Asto" (A I op), he planned and organised operations against Allied convoys. 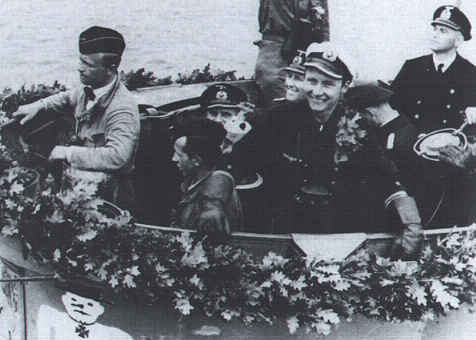 In September 1944 he took over the command of the new 'Elektro-boot' U-2511, the first type XXI Elektro U-boat to see active service, commencing her first patrol on 16 March*. It is claimed that on her second patrol on the last day of the war, in the hours immediately after the cease-fire order of 4 May 1945, Korvettenkapitän Schnee had an excellent opportunity to sink the British cruiser HMS Norfolk, and in fact simulated an actual attack, evaded the destroyer screen, closed to point-blank range, and then simply left the area. (In recent years doubt has been cast on this version of events, however. See: http://www.u-boot-archiv-cuxhaven.de/lang1/u_2511.html).


After the surrender he served for six months in a minesweeper unit. In October 1945 he was called into court to testify in defence of Heinz-Wilhelm Eck and some of his officers, who were being tried for their actions in the Peleus Affair. On the stand, Schnee was placed in a difficult position by the prosecutor, and faced with the choice of either incriminating himself or condemning Eck's decision. Backed into a corner, Schnee, who was to have been the star witness for the defense, was forced to admit he would not have done what Eck did.

Schnee later completed a commercial training course and worked for some years as a commercial representative. Then he retired from this profession to become the director of a sailing school on the island of Elba in the Mediterranean.

Adalbert Schnee was for many years chairman of the Verband der U-Boots-Fahrer (Association of U-Boat Crew).