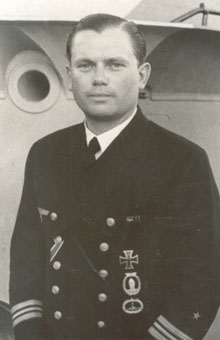 
Patrol in the Black Sea. The boat entered Feodosia to refuel and was then held back in readiness to support the German convoys to Anapa.

During the second part of the parol, the boat was used as escort for German convoys between Feodosia and Anapa. On 12 April, the port diesel engine broke down and the boat had to abort the patrol the next day.