What happened on
6 June? 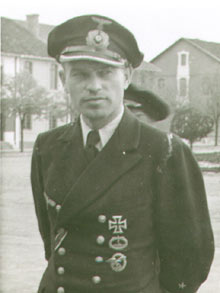 
Daily positions, sinkings and allied attacks during the patrol of U-278

We have daily positions for all 15 days on this patrol.

Ships hit by U-278 during this patrol

Attacks on U-278 during this patrol

3 May 1944
03.32 hrs, Norwegian Sea: U-278 was surprised by three carrier aircraft (one Swordfish of 842 Sqn FAA from HMS Fencer and one Swordfish and one Martlet of 833 Sqn FAA from HMS Activity) in the vicinity of convoy RA 59. It happened so quickly that the AA gunners only returned fire after the initial attack, but they then managed to keep the aircraft at a distance with the quadruple flak gun for 20 minutes until the boat dived. The four or five depth charges dropped fell wide and the boat suffered only superficial damage from 33 hits to the conning tower and the upper deck from the strafing runs. The Germans observed AA hits on the right wing of the Martlet and claimed it shot down after observing it trailing smoke until lost from sight. However, all three aircraft returned to their carriers.