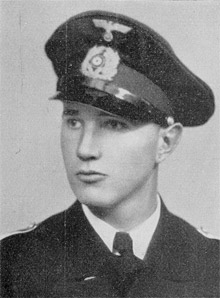 Patrol info for U-96


The translated war diary of U-96 for this patrol is available on our partner website: uboatarchive.net

Daily positions, sinkings and allied attacks during the patrol of U-96

Ships hit by U-96 during this patrol

Attacks on U-96 during this patrol

31 Oct 1941
While attacking convoy OS 10 on the surface during a full moon, Lehmann-Willenbrock fired into the convoy at long range, sinking one ship. The British escort sloop HMS Lulworth gave chase, and after driving U-96 under with gunfire, dropped 27 depth charges. None fell close, and the boat evaded the attack and continued the patrol. (Sources: Blair, vol 1, page 394)

30 Nov 1941
While penetrating the Straits of Gibraltar, U-96 was attacked at 2235hrs by a British Swordfish aircraft. Suffering some damage, the boat dived, surfaced the next morning at 0445hrs, and proceeded to base in France. The much longer and more dramatic stay in the deep described by Buchheim in his novel Das Boot is one of the numerous occasions in this book where the author fictionalized the events he experienced during his time as war correspondent on U-96. (Sources: Blair, vol 1, page 401)

See all patrols for U-96