What happened on
13 April? 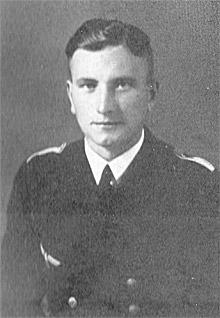 
Daily positions, sinkings and allied attacks during the patrol of U-405

Ships hit by U-405 during this patrol

14 Sep 1942. U-405 rescued the crew of the Heinkel He115B WNr 2413 (1./KüFlGr 406, Oblt Rohwer) and two airmen of a Junkers Ju88 in the Barents Sea about 50 miles south-west of Hopen Island at 1550hrs. Earlier that day the Heinkel sank after a float broke off when it attempted to land to rescue the survivors from the Ju88A-4 WNr 1774 (III./KG 26, 1T+OT), which was shot down by Sea Hurricane fighters from the British escort carrier HMS Avenger while attacking the convoy PQ-18. When the U-boat reached the rubber dinghy of the latter crash, the three occupants that clung to it were unable to catch the lines thrown to them, so Matrose Giese jumped into the ice cold water to pull the dinghy close enough to recover the airmen. However, one of them was already dead and the other two were unconscious and died shortly after being picked up.

Attacks on U-405 during this patrol

We have no recorded attacks on U-405 duing this patrol.

If you believe we have omitted an attack on U-405 please let us know.