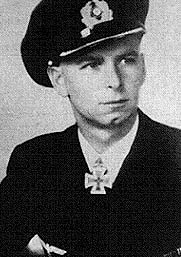 The XXI which was designed from the XVIII plans

On 4 Jan, 1943 contracts were granted to Deutshce Werke in Kiel for 2 XVIII Walter submarines (werk # 330 and 331). These boats (U-796 & U-797) were intended to be the first real combat Atlantic submarines based on the Walter design and they had incredible potential on the drawing board.

These boats were transferred to Germaniawerft in Kiel on 14 Dec, 1943 for completion but were cancelled in favour of the XXI on 28 March 1944. The XXI electro boat was extremely similar in appearance and size but used massive amount of batteries (3 times the power of the VIIC) to reach submerged speed of 17 knots.